Which hamsters can live together?

As you may know we have had a bit of romantic Valentine’s fun with two of our Tiny Friends Farm characters, Hazel and Harry the Syrian hamsters. However, it has always been a popular question as to which breed of hamsters can live together and which pet hamsters are likely to fight.

Hamsters of any breed make fantastic pets, whether you have a Syrian or a Dwarf hamster breed. They are great pets for all ages and are a whole lot of fun. They can help teach children responsibility and are also ideal for those who live in flats or apartments and are more restricted to space. There are five hamster breeds in the UK that are commonly kept as pets:-

This is the animal that most people associate with the word ‘hamster’, and the breed was originally known as the ‘Golden’ hamster. They are the larger and chunkier of breeds, usually measuring about 4-6 inches in length and they come in 40 different colour variations. This breed of hamster is solitary by nature so the golden rule is that you should keep only one Syrian hamster per cage. Naturally these hamsters only meet to mate. Syrians are great pets for all ages, due to their size as they are easy to handle and unlike some of the dwarf hamster breeds, Syrians remain tame even after periods of not being handled, although daily handling of your hamster is highly recommended. Syrians are very friendly creatures and love to interact and explore! 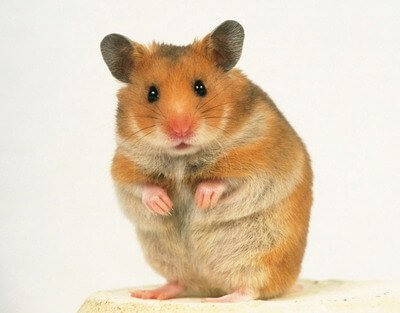 These hamsters are often known as ‘dwarf’ or ‘Russian’ hamster and grow to 8cm in length. They can live together – either two of the same sex as a pair and sometimes in same sex groups. Same sex pairs can fall out so it is important to keep an eye out for signs of bullying and have the possibility of separating them if needs be. Their coats come in a wide range of colours and can also be Satin coated. Unlike Syrians, Russian dwarfs have furry feet and tails. 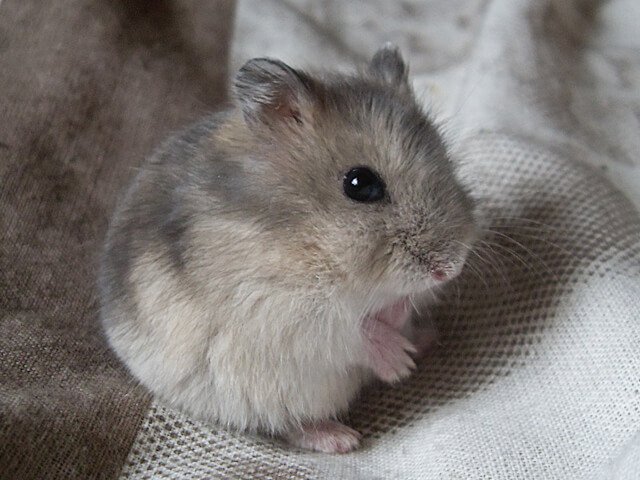 These little critters are often confused with the Campbell’s hamster as they are also known as the ‘dwarf’ or ‘Russian’. These hamsters have a distinctive Roman nose and are oval shaped which easily sets them apart from other species. Environmental conditions and breeding patterns are very similar to those of the Campbell’s hamsters; however coat colours are more limited. 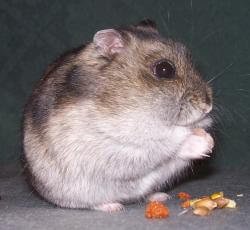 Like the two Russian Dwarf hamsters these can also live in pairs or small groups but as with other dwarf hamsters, it is best to keep an eye out for any squabbles and separate them if needed. Growing to 9cm they are slightly longer and thinner than the two Russian hamsters. As well as their longer bodies they also have longer tails than other hamster breeds which are also prehensile. This allows the hamster to cling to objects! Their coats come in two or three colour variations. 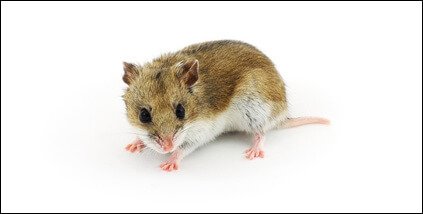 Also known as the ‘Robo’, the Roborovski’s hamster is the smallest member of the hamster family. As a fully mature adult they rarely exceed 7cm in length from the tip of the nose to their almost non-existent tail! Their care and maintenance is much the same as Russian hamsters. They are sociable and happily live in groups or pairs but be aware of any signs of aggressive behaviour. This breed of hamster very rarely bites, but can be difficult to handle due their extremely active temperaments. These tiny pets only have 1 coat colour variation. 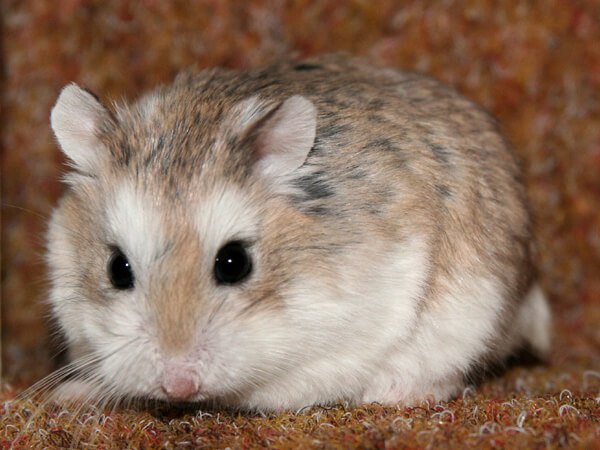